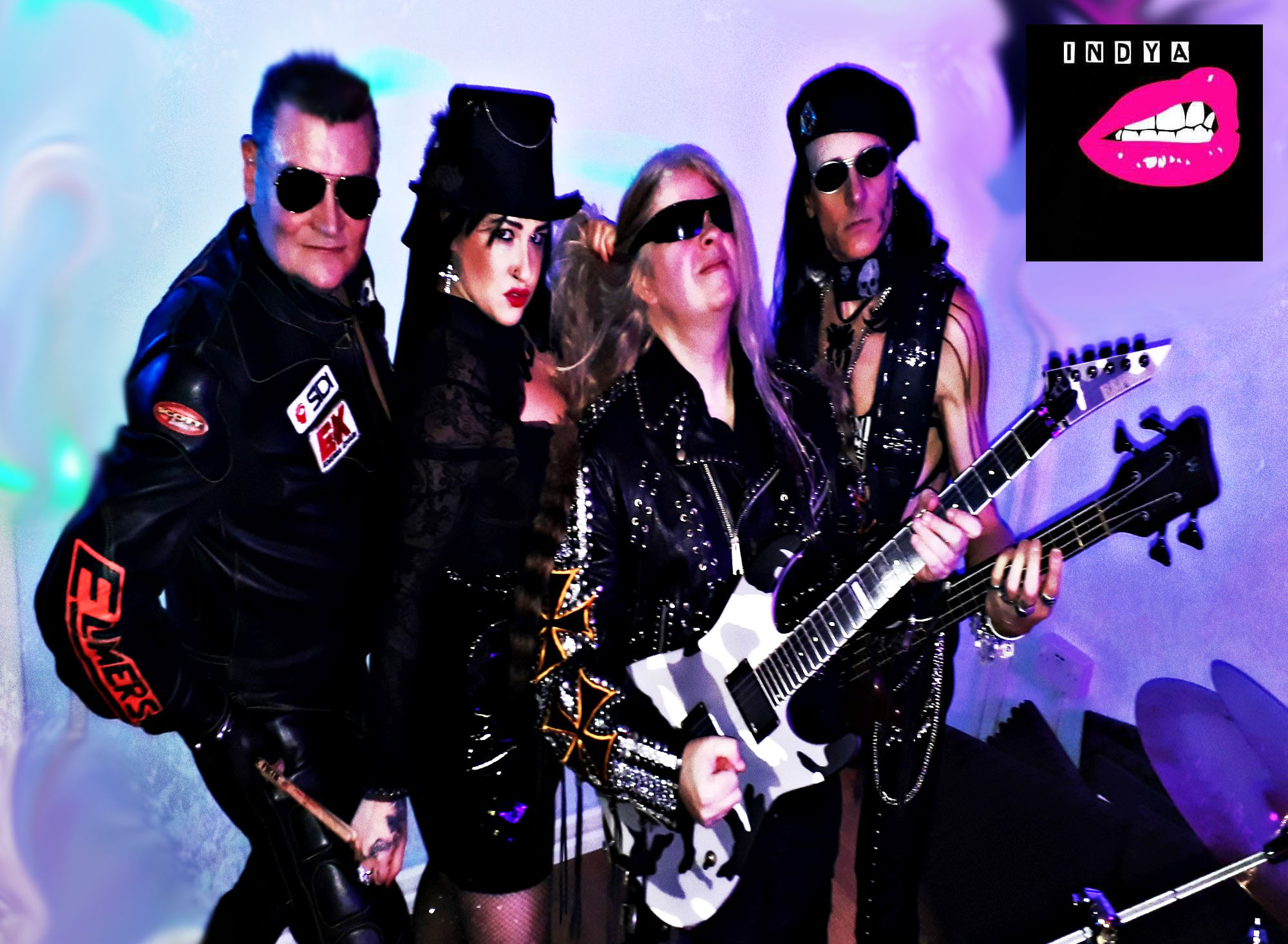 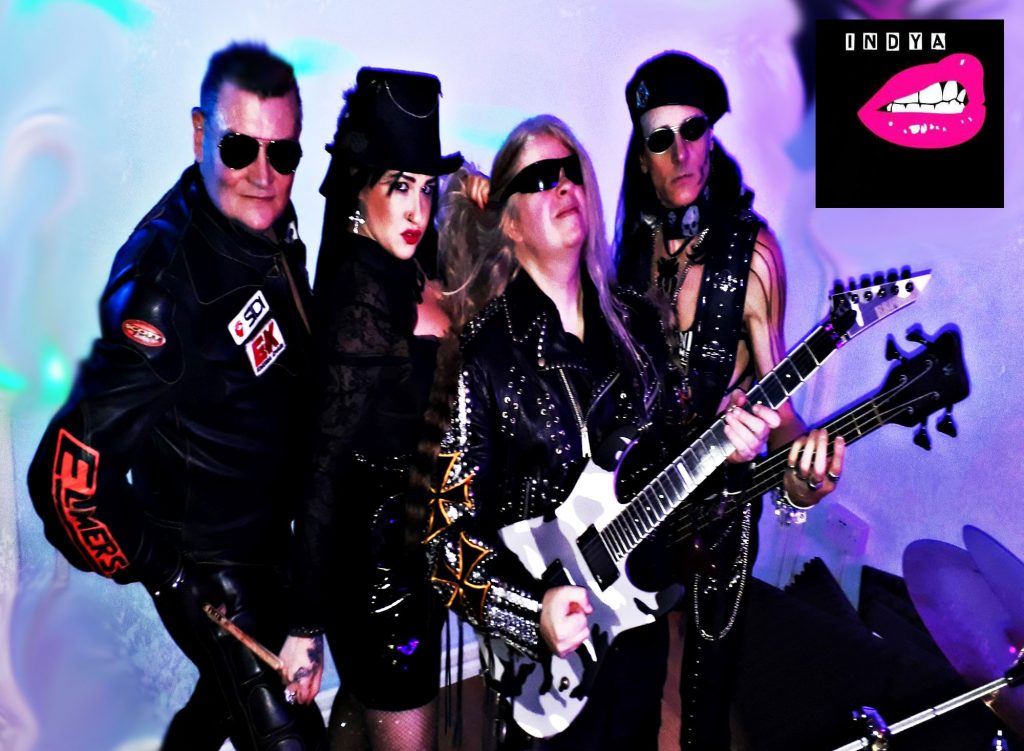 INDYA is a Glam Rock/ Metal band from Brighton UK. The band was formed in January 2015 by Lead singer & Songwriter Natalie Indya West. After studying Music at The Brit School & being Influenced by the likes of Joan Jett, Marilyn Manson, Deep Purple & Madonna she has used these influences within her own suggestive music, arranging her songs into a raunchy spectacle creating a Taboo Rock n Roll style of her own. With teasing drums & Sleazy guitar riffs, Think Joan Jett in Business with Manson! Indya has an alternative industrious sound oozing sex appeal for all to hear. Finished nicely with a Glam Gloss. Many have commented on the clever interlace of Classic Rock with Glam dirty Metal.

Indya supported the likes of REPUBLICA, SPACE and NOEL GALLAGHERS HIGH FLYING BIRDS in 2017. This year they are supporting THE ROCKET DOLLS on their Brighton tour. Indya are touring Sweden the  27th july-29th. All events are listed on the facebook events page. 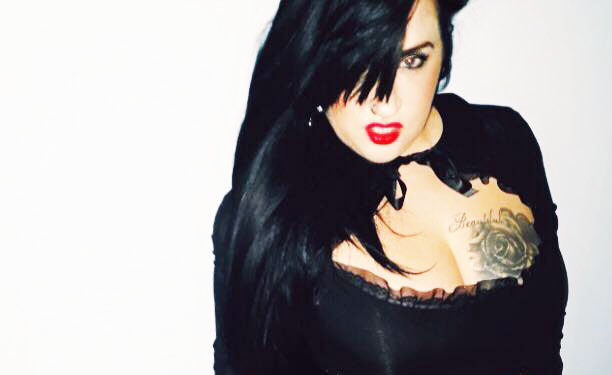 NATALIE
The band was named INDYA, meaning “Gorgeous Person” by Natalie. Not only does Indya have an incredible live sound, Indya has this ability to own the stage along with her Gorgeous Glam Girlfriends who often join the singer at gigs! 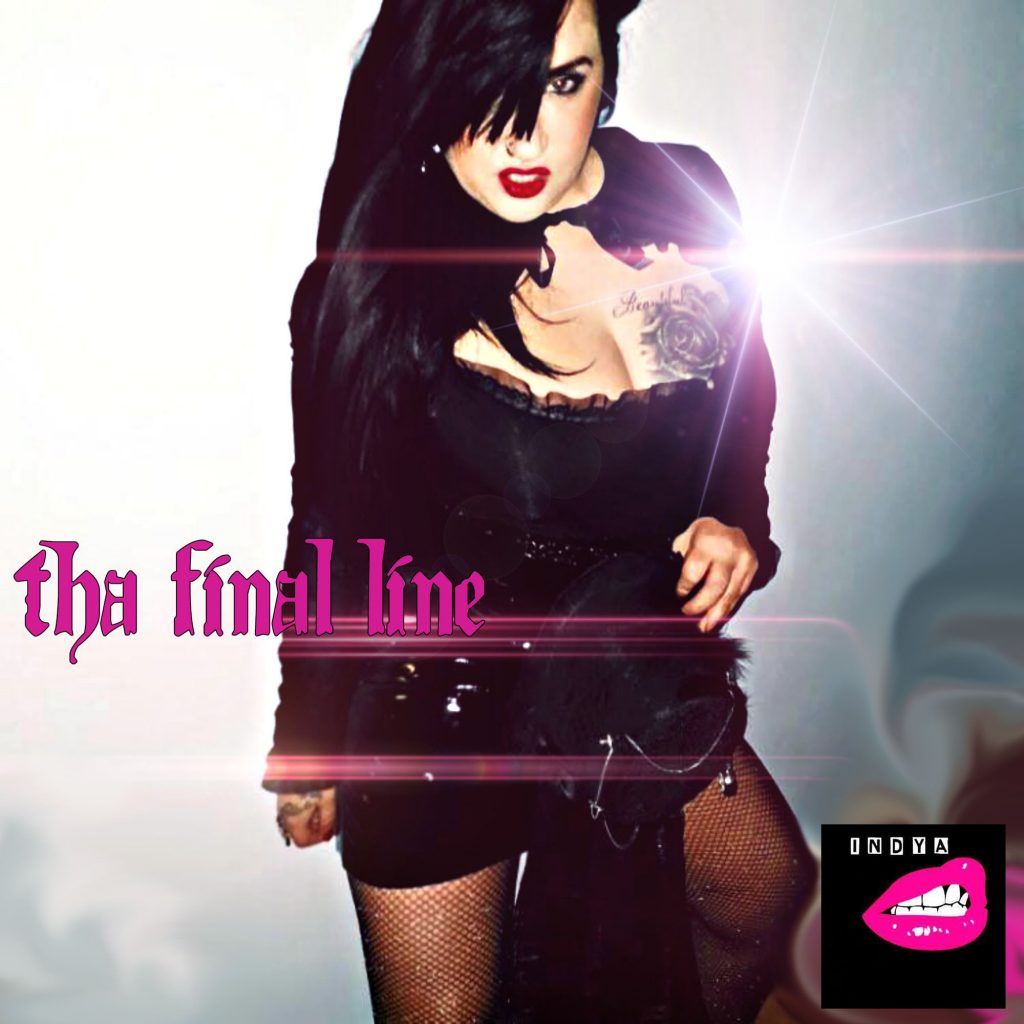 Indya’s first EP called “Strip me Down” had hundreds of airplays on Kerrang!Radio, Total Rock, Radio X with raving reviews! Strip Me Down reached no 4 in The rock Invasion charts. Indya has won the hearts of many Rock Presenters who love the singers music. One of which is presenter Johnny Doom on kerrang radio who is starring in Indya’s music video for new record “Tha Final Line” 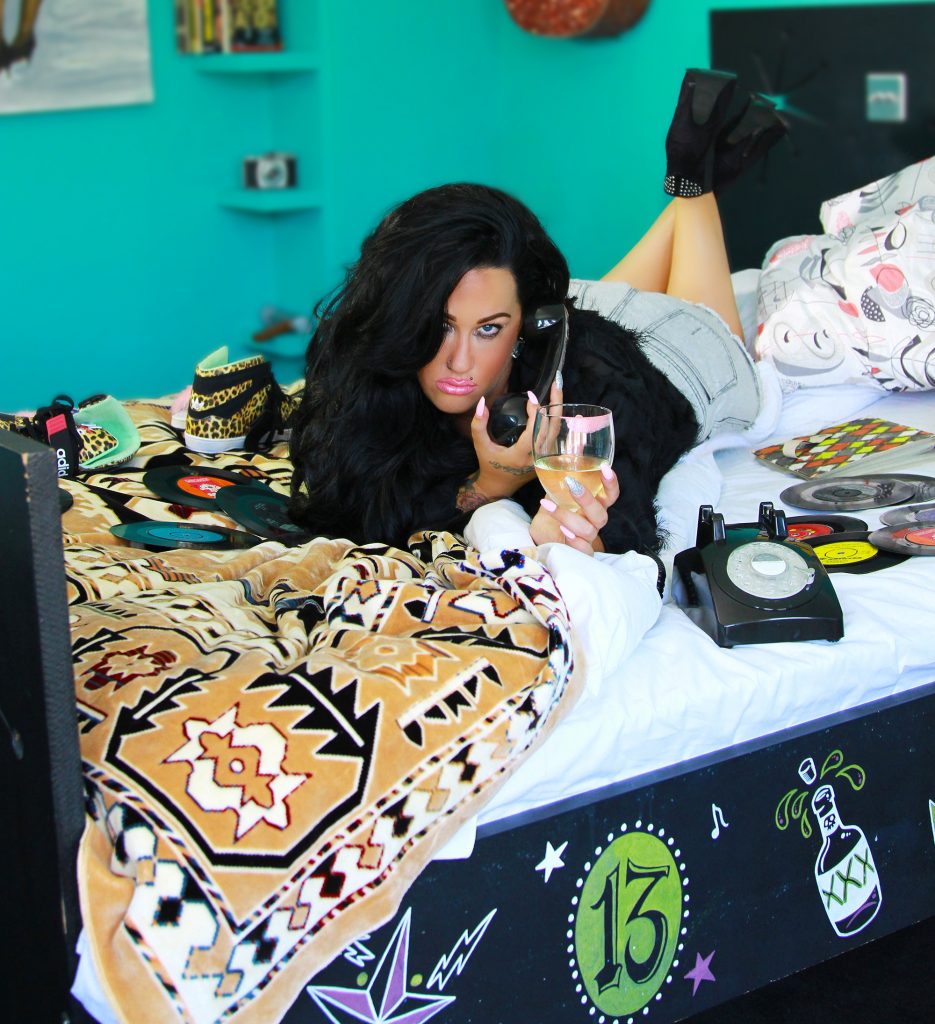 STRIP ME DOWN was a major success for Indya with over 28,000 downloads, Radio play all over the world & reviews including the following:

“These are my ones to watch. She’s got a very sleazy sound and looks like Amy Winehouse!” JOHNNY DOOM- KERRANG!RADIO

“I love the groove to this song”PAUL MANUEL- BISHOP FM

“This girl is great! She’s a cross between Alannah miles & Joan Jett! And i just love her!” WAY OUT RADIO