The Senton Bombs are a punk rock & roll band from Blackpool in the UK on STP Records. Regulars on the live-circuit, the band has amassed numerous admirers of their high octane live shows, explosive recordings and distinct rock sound. The Bombs style combines a variety of influences producing a hybrid rock sound, overlapping many genres. Fret-melting guitar-work, heavy beats and infectious vocal melodies have become a hallmarks of the Bombs music. A ceaseless gig schedule and a continuous stream of quality new material has earned the band an ever-growing army of followers, as well as near unanimous praise within the music industry. 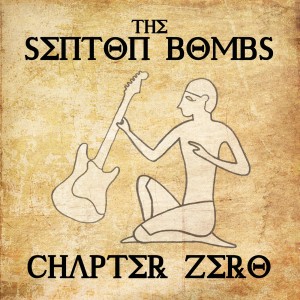 Book The Senton Bombs
Tell us about your event, please send us as much info as possible.

What the media are saying

A mix of the Ramones and the Almighty with a fair dash of Guns N Roses (when they were good), a quality of slice of hard rock that is gritty yet melodic.” Alan Holloway, Rocktopia

“This is Monster Magnet & Buckcherry somewhere in the dirty back streets.” Tom Chapman, Mass Movement Magazine

“The melodic energy of Aerosmith combined with the sneering audacity of The Clash.” Metal Is Religion ”

“If you want a dose of hard hitting, strutting rock n’ roll, you’ve come to the right place, now pump the air and hail the new kings of rock I give you The Senton Bombs!!! Rhythm & Booze

“The future of rock & roll may well be in the hands of The Senton Bombs.” Rock of Ages “Like the bastard son of the backyard Babies & Social Distortion.” TBFM Magazine

“Churning out music and lyrics of this quality the Senton bombs are definately one to listen out for, amazing.” Planet Mosh

“Strikes hard and fast and leaves a scorch mark on the senses, superb. A class act.” Fungal Punk 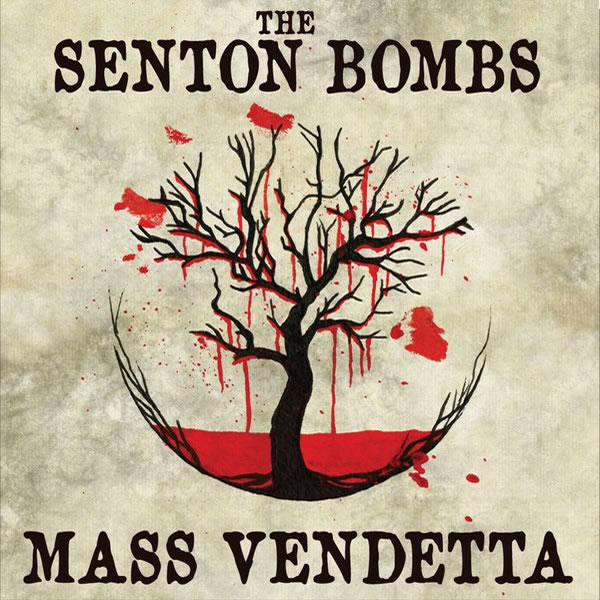 Mass Vendetta is a cracking album, full of typical British hard rock with riffs that hark back to the 70’s combined with a sleazy sound on many tracks that is a ringer for prime time Guns ‘N’ Roses.
Maximum Volume [full review]

Hefty, high-minded slab of Blackpool rock.In the forgotten backwaters and drizzly seaside towns, places too far out-of-the-way to be swept along in the zeitgeist’s slipstream, they still rock the old way
Team Rock [full review]

Includes the single “Lights over Phoenix”
Voted best EP 2015 from the TBFM awards.

Black Chariot rolls in off the Senton Bombs latest E.P. release Phantom High. Described as a classic tale of “a man’s soul versus the power of evil forces”, the song tells the story of a sinister figure arriving at a bar and challenging his chosen victim to sing for their life; reminiscent of “Devil Goes Down To Georgia” but with much darker and brooding undertones. Set to a haunting Southern rock style, best described as a “blues rock spawned prowl”, Black Chariot takes the listener on an emotive journey through a chilling narrative to a tragic climax. Review Quotes: “The band has produced another epic tune, welcome to the world ‘Black Chariot‘. A chill runs down my spine as they again get me hand clapping, foot tapping and swaying. Joey manages to sound different vocally as we have yet another country tinged rock epic with a beautiful passion filled guitar solo. It’s another lyrical masterpiece, simply a charmingly wonderful song.” TBFM Magazine *****

“The dusty, leather chapped, cowboy boots, moustaches soaked in whiskey and smoke curling from the cigarette in the corner of the mouth all swirl from the atmosphere of this song, with a great story told by the lyrics.” Studs & Punx

“A scorched and westernised drawl of cool assed standards with the coming of ‘Black Chariot’ and all its emotive triumph. Vocally superb and musically exact, so perfect for the style sought. I find myself loving this song more and more with each rotation and feel for the victim, get more involved and more appreciative of the delicacies included. The power smashes, the gentle string work, the backing murmurs, the narrative methodology – fuck yeah!” Fungalpunk “

A blues rock spawned prowl, employing more classic and southern rock flavouring than anything they have bred before. The vocals are impressive, cleaner and clearer than those usually offered by Class and just as compelling.” Ringmaster Review

“The drums are simple, sedate, yet sublime and the power and energy invested in each strike more than makes up for any lack of pace. The guitars play off each other nicely and the solo is simple, from the soul and fits so well. Lyrically this is typical blues territory – a man’s soul versus the power of evil forces. Reminds me in a way of the “Devil Goes Down to Georgia” although in this version the ending has a reality update and the devil rides off in to the night with his prize!” Moose Man Reviews

“Nothing really displays the Senton Bombs crossover style better than the stand out track ‘Black Chariot’, as bassist and lead vocalist Joey Class pitches his voice perfectly into this dark epic which contains the lyric line ‘Soon I’ll be singing from the grave’ displaying a depth of conviction and self belief only achieved by musicians who are totally immersed in the pathos of their music.” Rock In The Blues