The band were born in 2006 with their first demo to attract live promoters and build local following. Working hard over the next 2 years they were recognised as a high quality alternative metal band playing the Italian unsigned live circuit

2008 Kerosene grabbed the attention of the media with their self titled debut album recorded at the Lightless Studios Terni Italy. Released in 2008 through New LM Records and distributed in Italy and Europe by Masterpiece. The songs were described as “a fist on the stomach”, powerful, dynamic and melodic. The album was well received by the critics and appreciated by the fans, giving the band the chance to gig all around Italy.

After the release of “Kerosene”, the bands line-up changed, bringing in Marco “Billy” Vitantoni on bass. 2010 the band joined Carlo Bellotti’s Alkemist Fanatix Europe for management, promotion and booking activities. As a consequence of this collaboration the album “Face the Real” was recorded at the Real Sound Studios in Parma Italy. The album was mastered by Jamal Ruhe at the West West Side Studios USA and self released on October 30 2011. 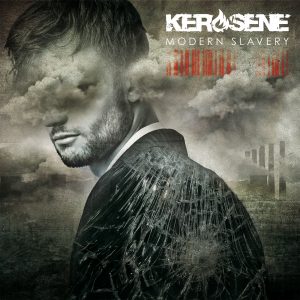 Addressing some change in formation, Modern Slavery embodies and definitely embraces a more developed, well-kept rock / metal and modern than in the past, the influences of Alter Bridge and Black Label Society are immediately audible in the first few notes in each piece, the massive groove and those hot and scratchy sounds (sometimes blues) of American rock, give each song an identity. Each member is able to enhance their instrument thanks to a flawless skill and sound recording. The particular timbre of Alessio, manages to fit perfectly in the musical context, even demonstrating it in the beautiful cover of Sunday Bloody Sunday by U2. Eraskor.com

“.. Melodic power that sticks in your brain all day” Pure Gain Media